From there, we are told that a man returning to the ring will be kicking things off this evening. “Wild Thing” plays and out comes Jon Moxley with his custom ring entrance. He tosses a steel chair into the ring as he approaches the ringside area.

He settles in the ring and his music dies down. After that, the theme hits to bring out The Men of the Year. Scorpio Sky accompanies “All Ego” Ethan Page out to the ring, but stops and after wishing him good luck, he heads to the back while Page heads to the ring.

Once in the ring, he poses for the fans who boo him and then the bell sounds. The two circle and lock up and then Mox backs him into a corner. Page shoves him down to escape and the fans boo as he throws up the arrogant double biceps pose.

We see the two trade chops and then Mox takes over, chopping the hell out of Page. He follows that up with a running back elbow. He gets Page in the corner and bites away at his head, which brings the crowd to its’ feet.

Mox charges to splash onto Page in the corner, but runs into a big boot. Page then puts said-boots to him and shoulder tackles him through the ropes and out to the floor. He gives the fans another cocky double biceps pose. They boo him as he exits the ring to follow-up on Mox.

When the two go at it on the floor at ringside, Mox shifts the momentum back in his favor and then rams Page into the steel guard rail. He rolls Page back into the ring and stops to acknowledge the cheers from the fans. This backfires on him, as Page catches him coming through the ropes and begins going to work on him.

As both settle into the ring, Page begins to take back over, settling into the offensive lead. He works over Mox with big right hands as he’s laid out across the ropes. Mox turns the tables again and shoulder-rams Page in the corner a few times. He whips him across the ring and looks to do the same, but again Page reverses the momentum as we head to a mid-match commercial break.

We’re back from the break and the first thing we see is Mox in the air with Page looking to hit the Ego’s Edge. Instead, Mox escapes and takes back over on offense. He hits two big back suplex throws, bouncing Page off his head twice in a row. He goes for a third and Page tries to fight it off initially, but ultimately Mox hits it. He follows up with a big clothesline in the corner but misses the King Kong lariat follow-up.

Page starts to fire shot-for-shot with Mox. It goes well for him at first, and then the two start trading legit slaps to the face back-and-forth. This lasts longer than you’d expect, but eventually Mox takes the offensive lead. He hits a big lariat, the same one that he missed earlier. The fans chant his name as Mox hoists Page up for the Paradigm Shift. Page avoids it and connects with a roundhouse kick of his own. He follows that up with a brainbuster for a close near fall.

The action continues and then Mox ends up connecting with a wild elbow-tope suicida on the floor. He rolls Page back in the ring and climbs to the top rope. Page blasts him with a shot and climbs up after him. He hoists Mox over his shoulder and leaps off the middle rope with a big avalanche power slam. He’s slow to make it over for the cover, so Mox counters and rolls Page up. He doesn’t get the pin but begins elbowing the hell out of him.

He locks in the bulldog choke and Page taps out. Mox wins in his comeback match to kick off tonight’s Rampage. After the match he celebrates and as Page gets up, Mox fires a boot in his direction and then hits him with another finishing move before exiting the ring and heading to the back.

By: Izzy   With Comments Off on AEW Rampage Results:Janaury 21st,2022  Share: 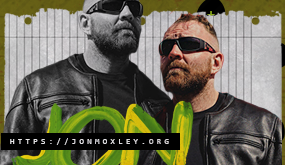 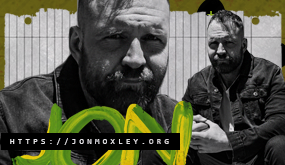 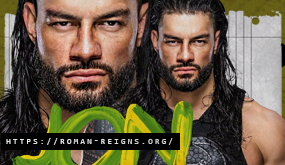